Inspired by robotic children’s toys, a blown and hot-sculpted “swamp monster” that could conceivably become animated. 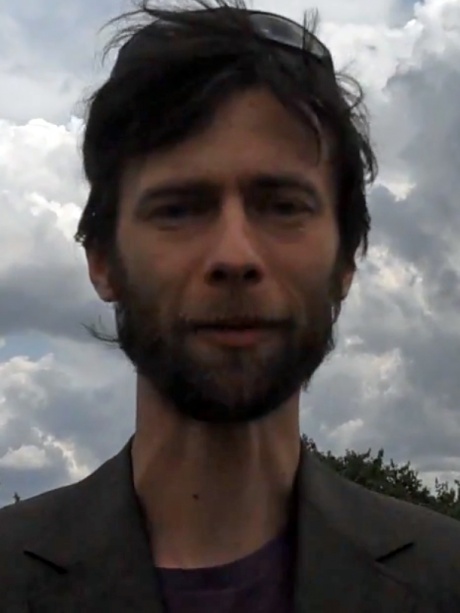 German, b. 1974
I’ve never used this material before. So it’s a very exciting day for me; a day of discovery. The experiment we did today was to create a little swamp monster. I took some inspiration from my children, really…Well, I discovered an incredibly flexible and beautiful material; something that I’ll be very curious about in the future. I hope that this is not the last time I get to work with it.

Moritz Waldemeyer was born in East Germany in 1974. He moved to London in 1995 to study business administration, but discovered robotics during an internship at Bosch. He then switched his course of study to mechanics and electronics, known today as mechatronics.

Waldemeyer trained as an engineer at Kings College, London, and he completed his master’s degree in 2001. After graduating, he worked for three years in research and development at Royal Philips Electronics in The Netherlands. He started working independently in 2004.

Waldemeyer’s work is a fusion of technology, art, fashion and design. His first commission was from the designer Rod Arad, who asked Waldemeyer to help design a drum stick that lit up as it moved to create words in mid-air. Since then, he has collaborated with many other well-known designers, including architect Zaha Hadid, designer Yves Béhar, designer Marcel Wanders, and fashion designer Hussein Chalayan, to create products for companies like Swarovski, DuPont Corian, Campeggi, Bombay Sapphire, Audi, and Mercedes-Benz. Waldemeyer has also filled a niche in the show business industry, designing technical solutions for musical performances, resulting in work with artists such as U2, OK GO, Rhianna, Kylie Minogue, and the Black Eyed Peas. 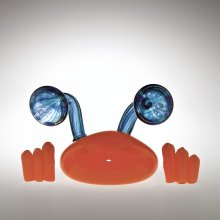