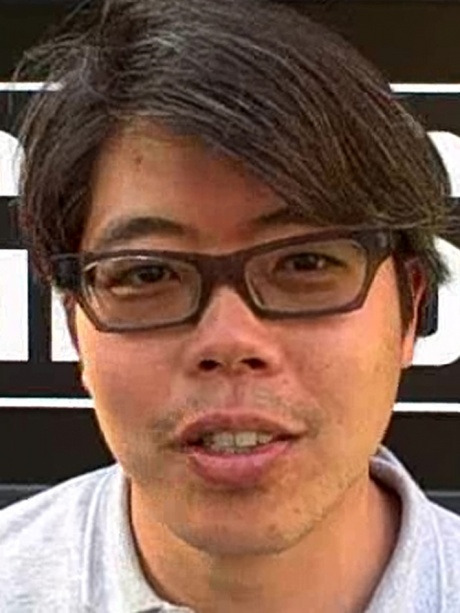 American, b. 1968
What we did today was basically re-make some letters using this ancient glassblowing technique, and it was such an amazing, illuminating experience, and I'll have to continue to do it.

Patrick Li was born in 1968. After earning an undergraduate degree in architecture, he worked for magazines, including Emigre, Interview, and Colors. Subsequently, Li was employed for eight years assisting Fabien Baron, a fashion art director who helped shape the images of Calvin Klein and Burberry.

In 2000, Li founded the New York branch of the Paris advertising design studio, Work in Progress. In 2008, he founded his own studio, Li, Inc., where he is principal and creative director.

Li specializes in the field of logo, brand identity, and collateral design. He has helped design branding for fashion designers and companies such as Alexander Wang, Phillip Lim, Jason Wu, Rodarte, Chanel, Bottega Veneta, Louis Vuitton, Nike, Mini/ BMW, Valentino, and Nordstrom. Li has also helped design publications created for museums and galleries such as the Museum of Contemporary Art in Los Angeles and the Cooper-Hewitt, National Design Museum, the Guggenheim Museum, and the Lehmann Maupin Gallery in New York.

In May, 2008, GlassLab presented at the Cooper-Hewitt, National Design Museum. Designer Patrick Li describes working at GlassLab during this event.