, a studio
Vases made with glass “ropes,” inspired by Neolithic period Japanese pottery of the Jōmon period. The ancient pottery was decorated with impressions made by pressing cords into the wet clay. In glass, the form was blown and the “ropes” were hot-applied glass bits.

Shin Azumi was born in 1965 in Kobe, Japan. In 1989, he earned his BA in product design at Kyoto City University of Art, and from 1989 to 1992, he worked at NEC Design Center in Japan. In 1994, he received his MA in industrial design at the Royal College of Art in London. In 1995, he co-founded the design studio “Azumi” with his former wife, Tomoko Azumi. In 2005, he established his own design company in London called “a studio.”

Azumi’s design is included in museum collections worldwide, including the Victoria & Albert Museum, and the Crafts Council in London, the Stedelijk Museum in Amsterdam, and the Neue Sammlung and the Museum fur Angewandte Kunst, Frankfurt, in Germany. 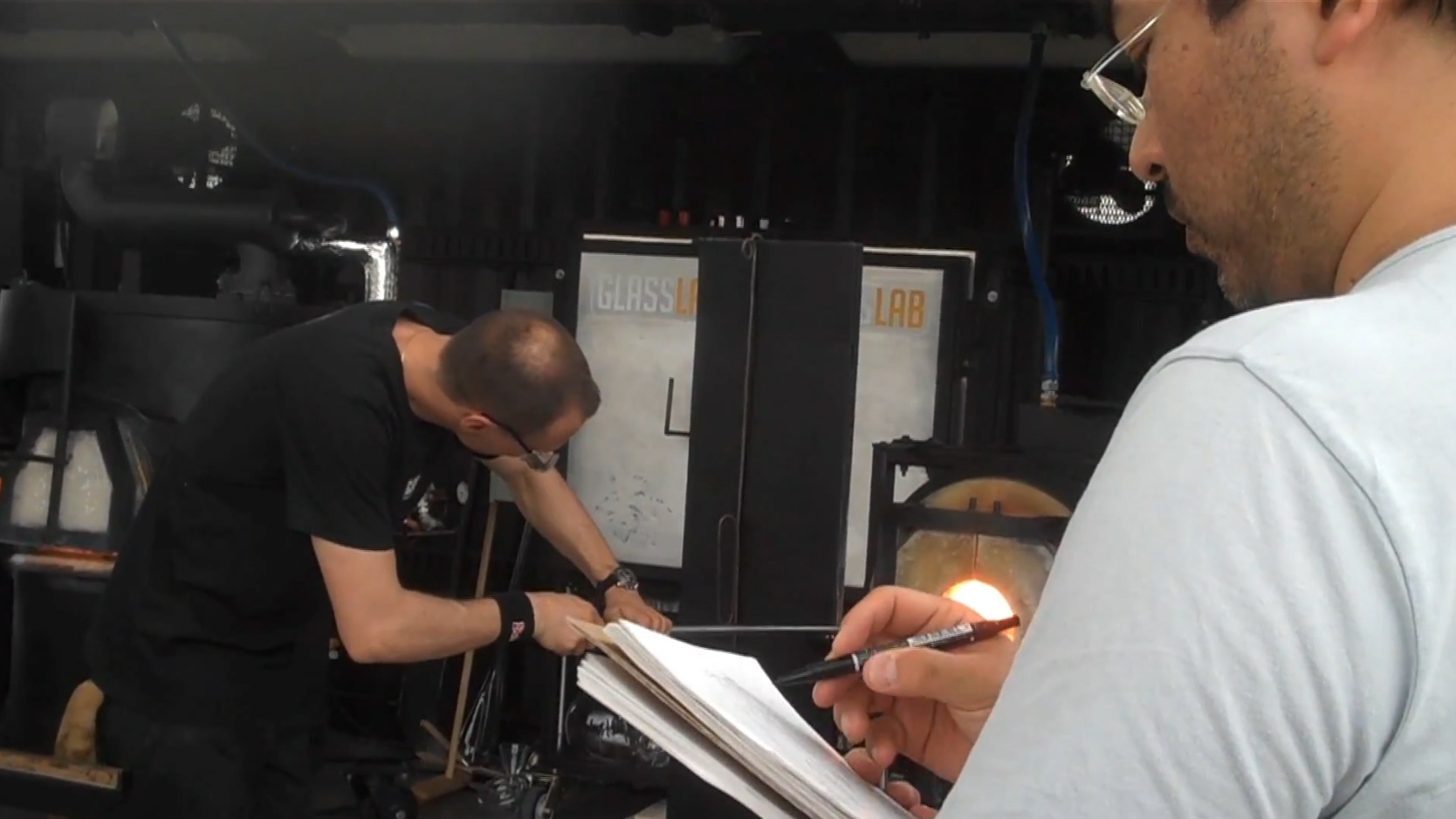 During Art Basel in June, 2011, GlassLab presented at the Vitra Design Museum. Designer Shin Azumi describes working at GlassLab during this event. 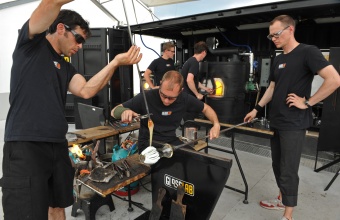 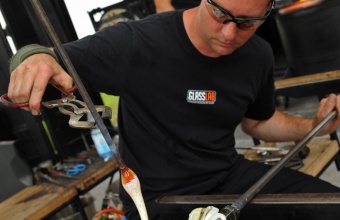 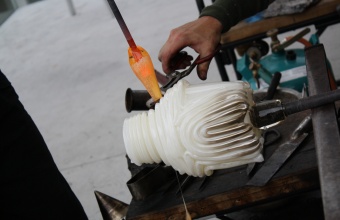 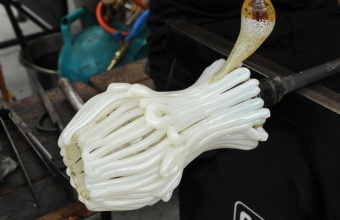 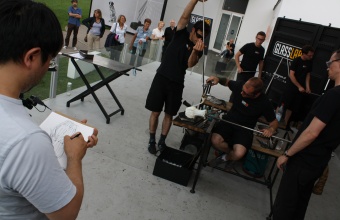 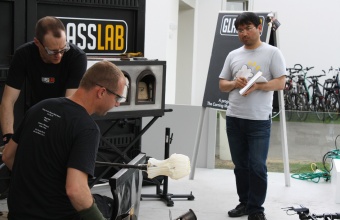 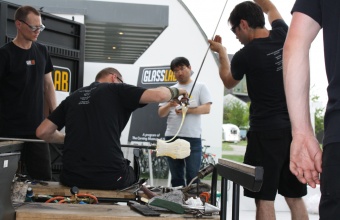 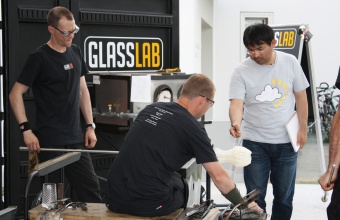 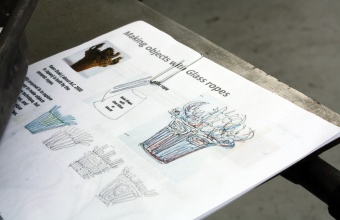 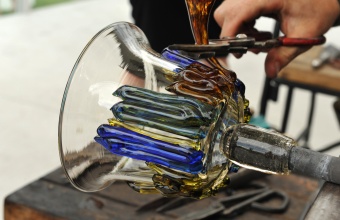 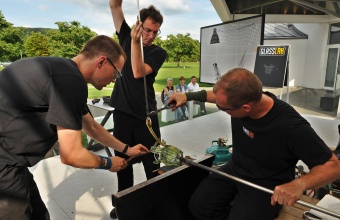 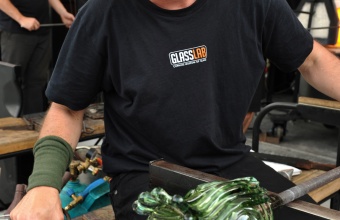 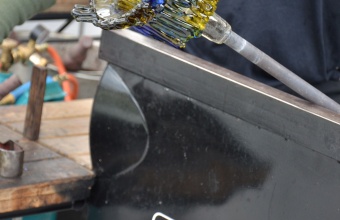 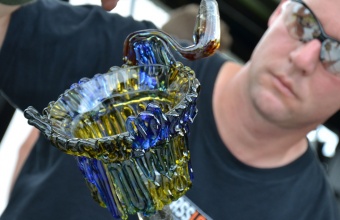 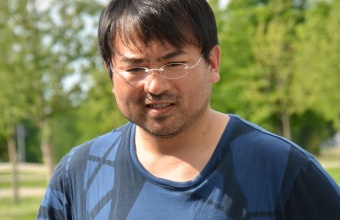 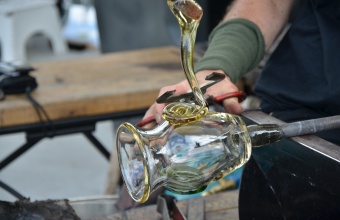 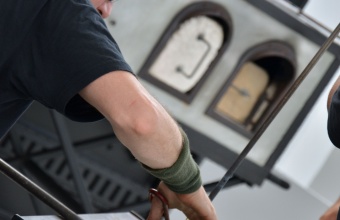 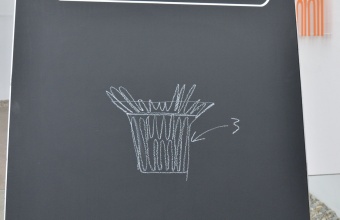 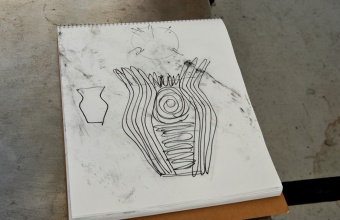 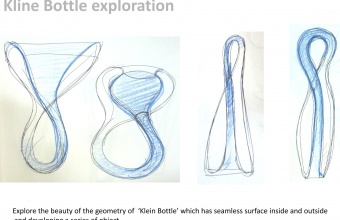 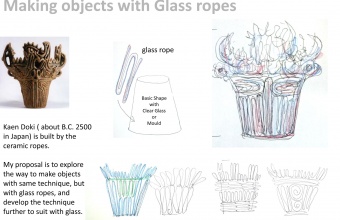 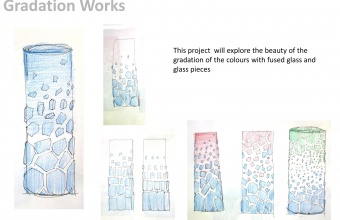 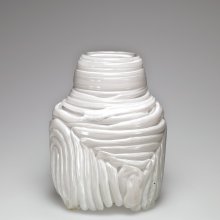